Unless China, Russia or other foreign donors come to the financial rescue, the Taliban could soon preside over a veritable financial collapse at a time when many parts of the war-torn nation are teetering to famine.

Taliban money problems stem from the US Treasury Department’s order to freeze approximately $ 9.5 billion in Afghan central bank reserves held in US financial institutions, including the Federal Reserve Bank of New York .

It is not known when these funds will be available as long as the Taliban remains on the US sanctions list linked to terrorism. Former Da Afghan Bank governor, now exiled, Ajmal Ahmady, said the Taliban regime now only had access to 0.1-0.2% of the country’s total international reserves.

At the same time, the International Monetary Fund (IMF) blocked Afghanistan’s access to Special Drawing Rights (SDR) funds worth $ 460 million. The Afghan central bank is also known to hold around $ 700 million in the Swiss-based Bank for International Settlements.

Before the Taliban takeover, about 75% of spending was funded by international aid grants, according to the World Bank.

The tightening of liquidity leads to a rapid depreciation of the Afghan currency, which in turn quickly spills over into inflation, including food prices.

An Afghan forex trader counts money as traders have been hit hard by the fall in the value of the Afghan currency, causing food prices to rise in Kabul, Afghanistan on July 16, 2021. Photo: AFP via Anadolu Agency / Haroon Sabawoon

Foreign remittances, which typically make up 4% of Afghanistan’s aid-dependent economy and originate mainly from Istanbul, London and Doha, have been hampered by the shutdown of money transfer services provided by MoneyGram and Western Union.

The more widely used Hawala system for transferring money, widely used in rural areas, was also reportedly crippled due to the lack of hard currency. The United Nations World Food Program has warned that only 5% of Afghan households now have enough food every day.

Meanwhile, the banks are on the verge of collapse. Reuters reported in mid-September that Afghan banks were running low on dollars and that many would likely have to shut their doors to their customers if the Taliban did not provide them with liquidity soon. They had already limited withdrawals to $ 200 a day as Afghans rushed to withdraw their savings.

The cash-strapped economy, where 90% of the population lived on less than $ 2 a day before the country’s scarce resources were frozen overseas, could contract by up to 20% this year, according to Fitch Ratings.

The United Nations raised $ 1 billion in pledges for humanitarian aid to Afghanistan this month, but this aid is intended to be provided through non-governmental organizations (NGOs) in order to bypass the Taliban administration, which may or may not be viable.

The collapse of Afghanistan is having some contagion effects in neighboring Pakistan, where some analysts say the flow of dollars across the border is starting to put pressure on the Pakistani currency, the rupee.

Pakistani stocks plunged and the rupee slipped to a record low of 170.48 for the US greenback today (September 30) as the US Senate opened an investigation into Pakistan’s role in the takeover of Taliban, which some suspect could eventually lead to the imposition of US sanctions against Islamabad.

Pakistan’s Federal Board of Revenue (FBR) is making an offer to quell market panic. On September 24, the FBR said it was strictly enforcing regulations on the movement of money, including at airports, to prevent money smuggling across the Pakistan-Afghanistan border. 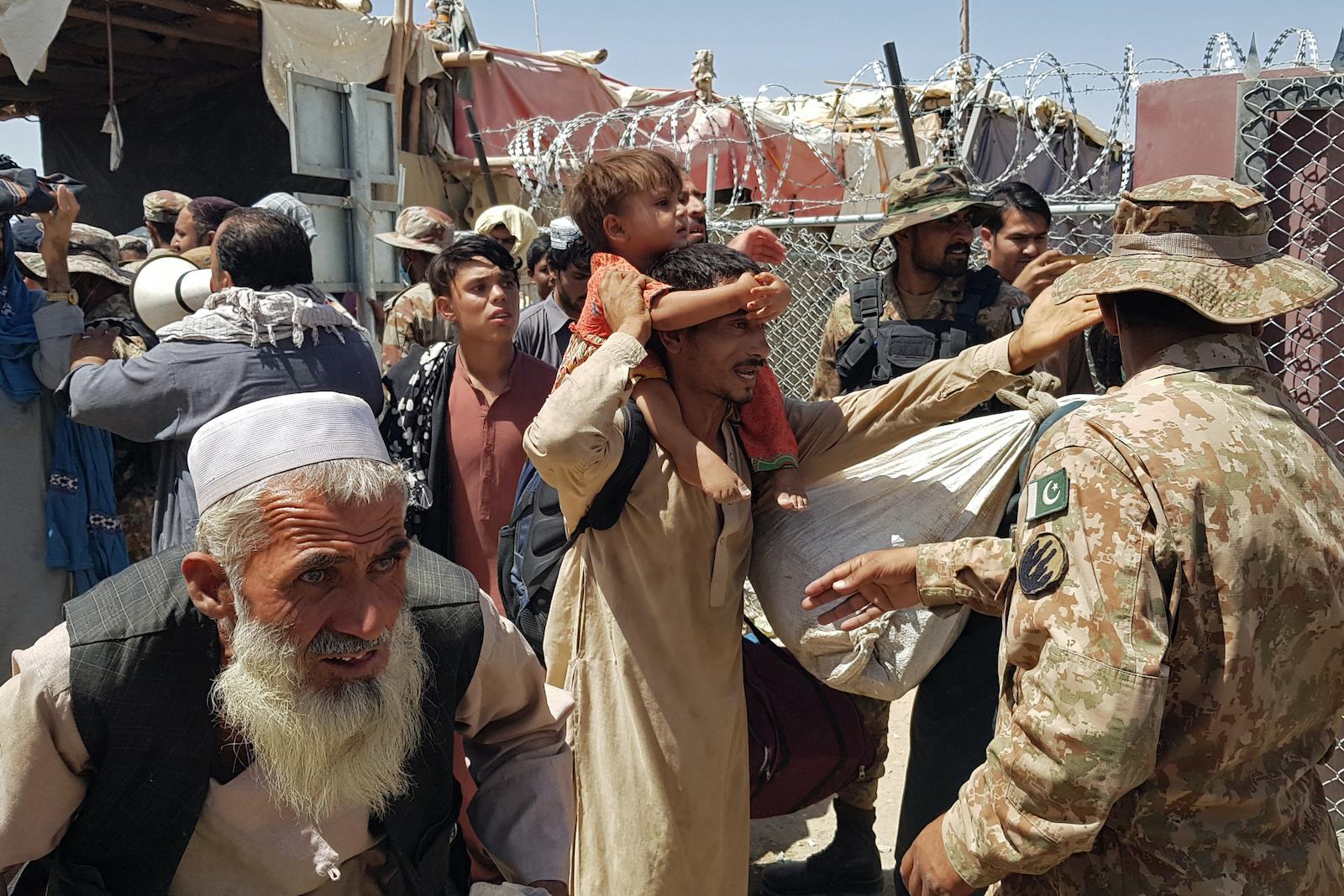 Pakistani soldiers (right) check Afghan nationals stranded at the Pakistan-Afghanistan border crossing point in Chaman on August 13, 2021, after the Taliban seized control of the Afghan border town in a rapid offensive across the country. Photo: AFP

In a press release, FBR said: â€œPakistani customs have made it mandatory for all passengers traveling from [the] countries to undergo a thorough personal examination and 100% currency declaration through an automated process to rule out this harmful and illegal activity. “

Islamabad-based Pakistani political scientist, economist and financial analyst Farrukh Saleem estimates that at least $ 7-10 million has now been smuggled from Pakistan to Afghanistan, which he says is not enough to make pressure on the currency.

But these exits may be one of many factors putting further pressure on the Pakistani currency. On September 24, the State Bank of Pakistan (SBP) granted short-term loans worth $ 11.5 billion for seven days to commercial banks to inject more liquidity into foreign exchange markets and help to support the rupee.

The move followed the previous unsuccessful injection of around $ 1.2 billion into the markets from July to September to support the rupee.

Capital controls could be next. SBP recently issued new regulations requiring banks to report all currency transactions of $ 500,000 and over.

Major Afghan exporters and traders told Asia Times that Afghanistan was short of foreign exchange and that government reserves were insufficient to pay import bills, defense spending and administrative costs, including salaries of civil servants.

This, in turn, has an impact on the supply of medicines, energy and, most importantly, essential food items. Trade with Pakistan, which normally amounts to around $ 1.5 billion a year, has stalled since the Taliban took control in August.

Pakistani trade magnate Shahid Hussain told Asia Times that Pakistani exports to Afghanistan have stopped precisely because of a lack of liquidity. 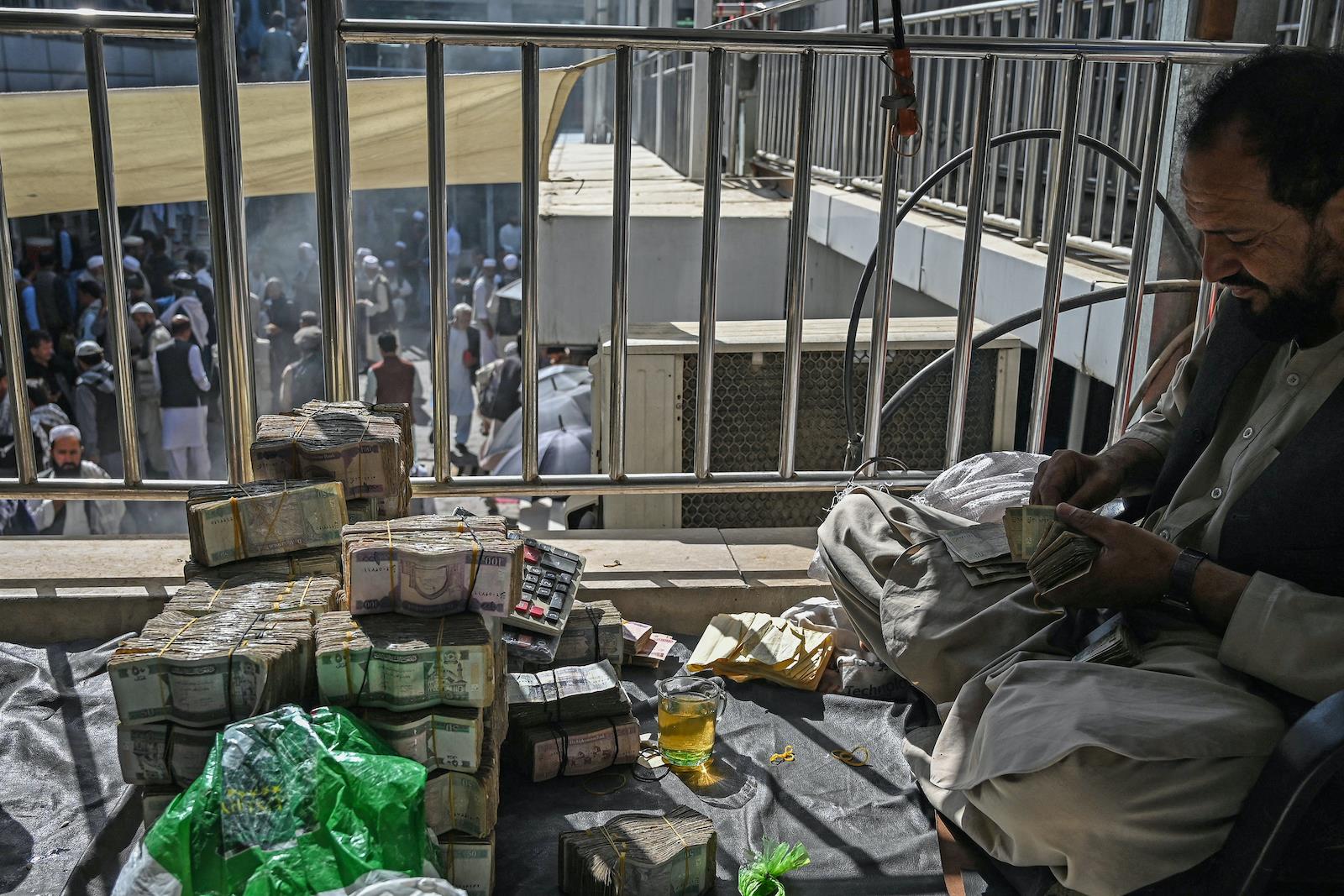 “Although Afghanistan still has sufficient foreign exchange in banks and among Afghan changers and major merchants, the suspension of regular remittances from the United States for recurrent expenses has made the situation chaotic in Afghanistan,” he said. he declared.

â€œThe instability has significantly reduced the government’s ability to generate sufficient revenue. Their revenue collection is much lower than that of the previous Afghan government collection, â€he added.

â€œSecond, the Taliban are aware of the mistrust of the Afghan business community. They don’t trust Kabul’s new government and if the Taliban allowed normal banking transactions, big companies would withdraw their dollars and send them overseas, â€Shahid said.

Legal warning: MENAFN provides the information “as is” without warranty of any kind. We do not accept any responsibility for the accuracy, content, images, videos, licenses, completeness, legality or reliability of the information contained in this article. If you have any complaints or copyright issues related to this item, please contact the supplier above.